The 72nd Independence Memorial Ceremony of the Republic of Indonesia takes place in wisdom as in previous years. RS. Surakarta Mother Love again held a flag ceremony to welcome the anniversary of the independence of the Republic of Indonesia which falls on August 17, 2017. The ceremony was held at 08.30 WIB on the front field of the Hospital. Nursing Division in charge at that time, dominated by nurses. 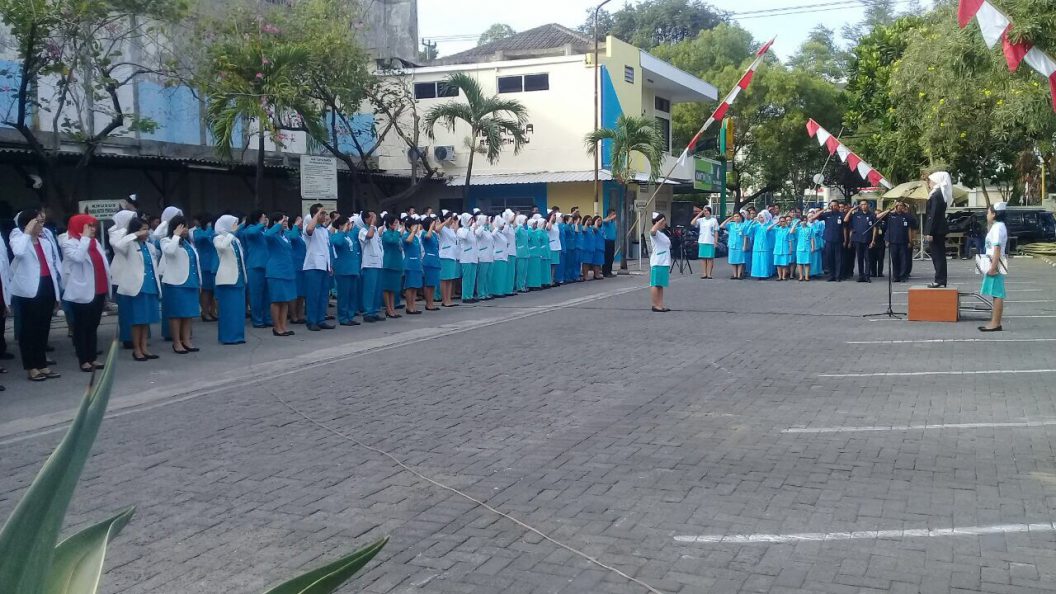 Nurse Nanik of the Polyclinic of Internal Medicine was appointed Commander of the Commemoration Ceremony of the Proclamation of Independence. The ceremonial commander’s report to Dr. Ndarumurti Pangesti SpPD-KEMD as Director of RS Kasih Ibu and as the ceremony inspector at that time marked the commemoration of the proclamation seconds. After the red and white flag was flown by the ceremony officer, the ceremonial inspector delivered the Central Java Governor’s Speech Speech. 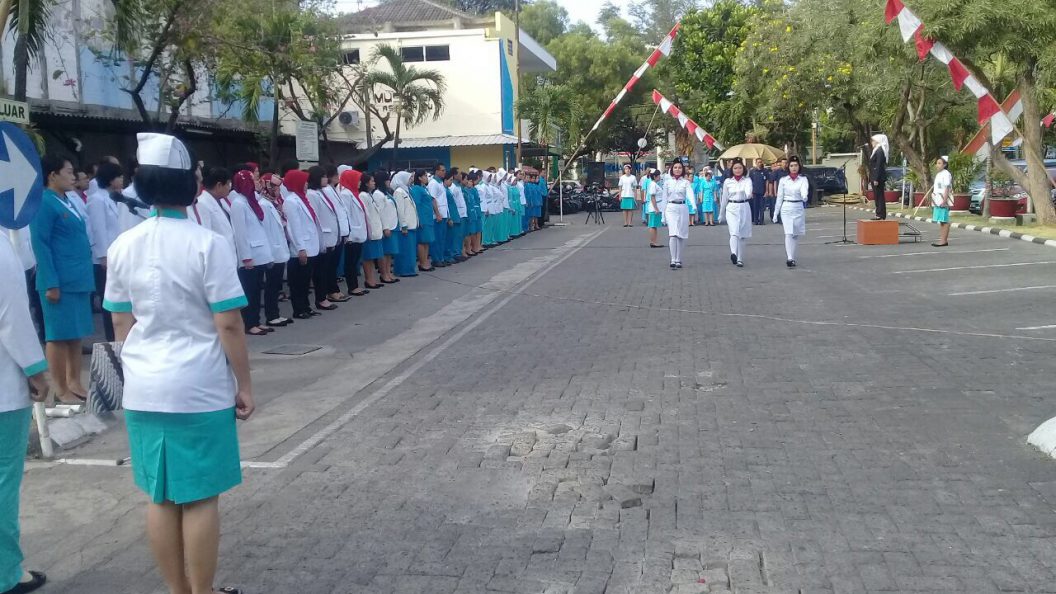 “Our freedom is to move simultaneously and work together to fulfill the call of history and sacred duties for the motherland, Rumangsa melu handarbeni, rumangsa wajibhangrungkebi, mulat sarira hangrasa wani” one sentence in the speech that invites us all to always work together in building the progress of Indonesia. Hopefully with the slogan of RI’s 72nd anniversary of “Indonesia Work Together” can improve the spirit of the nation one of the employees of Kasih Ibu Hospital to move faster, stepping up stronger to promote the health of Indonesia. MERDEKA !!