Do not underestimate bloody cough or haemoptysis. This condition can be a symptom of a life-threatening serious illness.

Blood that comes out when coughing is commonly mixed with phlegm. A bleeding cough in young people may not be a serious illness and can be treated immediately. However, this condition can be a dangerous indicator especially for the elderly and smokers. 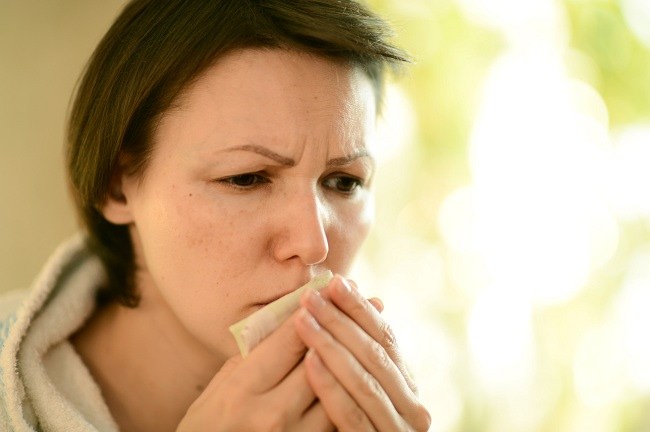 Causes of Bloody Cough from Mild to Severe

The presence of blood in the sputum when coughing can generally be caused by severe cough in a long time. But there are many other conditions that can cause a bloody cough, namely:

In very rare cases, a bloody cough can be a symptom:

However, there are times when a bloody cough can not be categorized as hemoptysis if caused by the following conditions:

Bloody cough sufferers need further treatment as soon as possible. There are several specific conditions related to this. You need treatment by your doctor if you take more than a teaspoon of blood when you cough. In addition to cough, there is blood in the urine and stool. Watch your cough condition if accompanied by other symptoms, such as headache, chest pain, fever, shortness of breath. Do not ignore the condition yourself if to lose the appetite and lose weight because the two conditions can be an important indication. Finally, coughing out sputum mixed with blood lasting more than a week.

To determine the appropriate treatment, the doctor or hospital will apply some tests to determine the levels of bleeding, its causes, and its effects on breathing. Such tests may include:

Several kinds of blood tests can be done to test hemoptysis. Blood will be taken to the laboratory to obtain a blood chemistry profile to detect possible electrolyte imbalances and impaired renal function. There are also tests to detect oxygen and carbon dioxide levels in the blood because oxygen levels in people with coughing blood are usually low.

Treatment of coughing blood is intended to stop the symptoms while handling the underlying cause of the condition, such as doing chemotherapy for lung cancer treatment. In addition, steroids may be administered for inflammation or antibiotics for the treatment of pneumonia or tuberculosis.

Do not let the problem cough becomes severe and do not heal in a long time. With the use of suitable and safe cough medicine, this commonly coughing can be prevented, even if a bloody cough has occurred, should be treated promptly to stop the symptoms while addressing the underlying cause of the condition.

Sometimes the cause of a bleeding cough can not be recognized specifically. This condition is called idiopathic hemoptysis. However, this condition should continue to be consulted if it continues to be handled immediately if it is a symptom of a disease at risk of life threatening.